Background to the Yemen Conflict

In September 2014, an armed rebel group from the Northern governorate of Sa’ada (known as the Houthis), facilitated by forces loyal to former late President Ali Abdullah Saleh, seized Yemen's capital, Sana’a. This followed protests over a cut in fuel subsidies, and overthreq the government of Abdrabbuh Mansur Hadi. After months of heightened tension, government shutdowns, street skirmishes and political undermining by his adversaries - including being placed under house arrest - President Hadi fled towards the Southern port city of Aden. Since the 25th of March 2015, after a request for intervention by the Yemeni Government, Saudi Arabia has led a coalition of nine states engaging in a wide-spread aerial bombardment campaign, as well as a full scale ground offensive, with the aim of restoring power back to the internationally-recognised government of President Hadi.

In their goal to defeat the Houthis, who are suspected of receiving financial and military assistance from GCC regional rival Iran, the Saudi-led coalition have caused extensive damage and destruction to civilian objects including homes, markets, hospitals, critical infrastructure and buildings of cultural significance, which has led to broad criticism and allegations of serious breaches of international law by the United Nations and NGOs. Despite setting up the Joint International Assessment Team (JIAT) in 2016 - an investigative body to probe such allegations - the Coalition have consistently shown little to no transparency in their operations. JIAT appears to have failed to meet any international standards regarding impartiality and independence when reviewing strikes.
‍

Both the United States and the United Kingdom have provided the Saudi-led coalition with unconditional military support. Over the course of the war, the Coalition has acquired substantial logistical support, intelligence, surveillance and reconnaissance (ISR) and weapons from the United States; as well as a bulk of military personnel acting as advisors in the Saudi Command and Control Centre in Riyadh. The UK, which has also provided ISR and advice to the Saudi-led coalition, is a primary arms supplier, having issued 126 licences relating to military goods in 2017 with a value of £1.129bn, a figure that has tripled since 2016.

‍
No side in Yemen's war has been spared, and all parties to the conflict have shown scant regard for civilian protection. The Houthis have reportedly been diverting vital food and petrol, conducting rampant arbitrary detentions, torture and enforced disappearances as well as planting thousands of landmines along the coast of Yemen. This non-international armed conflict has had a devastating impact on Yemen’s already fragile and impoverished population. According to ACLED, more than 60,000 people are reported to have been killed. This figure does not take into account the numerous deaths caused indirectly by the war and the naval blockade of ports imposed by the Coalition, contributing even further to severe food, fuel and medicine shortages in the country.

Four years into the conflict, reliable information concerning violent incidents in Yemen is scant. With the exception of a number of reputable NGOs, reporting on the Saudi-led military campaign is often inaccurate and/or inaccessible. Lack of access to the country has undermined reporting, shielding both state and non-state actors from accountability and allowing them to nurture an environment of misinformation by exercising airtight control on the conflict’s narrative. Open Source Information (OSI) is an untapped resource and a viable solution to many of the problems facing investigators in the context of conflicts such as Yemen, where information is widely available online but is only useful when augmented with specific local knowledge. This project aims to unearth not just evidence of the incidents, but also to increase the quantity and quality of verifiable data that is accessible to any online investigator. In order to dismantle obstacles to accessing information, the project needed to fully embrace the complexity and encourage transparency. Through the presentational format, observers are offered the opportunity to examine the steps and rationale of the investigators in addition to the content itself.

The event - Project 'Arim
‍
In late January 2019, Bellingcat and GLAN brought together a collective of 40 OSINT-trained investigative journalists, technologists, and lawyers to combine their expertise and investigative drive to discover, verify, analyse and preserve a dataset of 100 aerial bombardments allegedly carried out by the Saudi-led Coalition occurring in Yemen between the 25th of March 2015 - 31st of December 2018. Through this event, we were able to trial a replicable methodology that was written according to evidentiary standards for potential use in impact-oriented investigative journalism, academia, and legal endeavours. We aimed to establish a benchmark for the practicalities and efficacy of conducting remote open source investigations in Yemen and publish a series of high-quality assessments.

The four-day event was devised by Rawan Shaif at Bellingcat, Dearbhla Minogue at GLAN and Tara Vassefi, a human rights lawyer. In the lead up, GLAN surveyed the legal practices and principles relevant to determining weight and admissibility of evidence and consulted with international and domestic practitioners. They then identified a set of basic standards which would address the core evidentiary priorities of demonstrating impartiality, chain-of-custody, record-keeping and the pursuit of all reasonable lines of inquiry. All of these factors serve to address potential legal concerns around the quality and origins of evidence.

These standards were specifically designed to be “light touch”: that is, to be feasible for investigators to adhere to without unduly slowing down their progress. This was the first stage in an on-going process through which this ground-breaking methodology will be constantly refined.

Between the event and the launch of the investigations, the work has been developed and completed by a core team at Bellingcat, led by Rawan Shaif and Nick Waters.
‍

The project takes after the name of The ‘Arim Dam in Marib, Yemen. Archeologists suggest that its construction started in 2000 BC. An engineering marvel of the ancient world, it is the world's oldest known dam. The Sabaeans built the dam to store the periodic monsoon rains that fell on the nearby mountains, allowing the collected water to be redirected into an irrigation system that nurtured the kingdom’s vast gardens and made agriculture possible in the land. Despite several breaches over its long history,  including an airstrike during the conflict, the ruins of the dam still stand today.

Airstrikes were examined in five categories. These groupings, which necessarily involve a certain degree of overlap, have been identified through a collaboration between Bellingcat and GLAN in light of the patterns being observed in Yemen. They each have a particular status in international humanitarian law, which is the body of law imposing restrictions on the conduct of hostilities. Customary international law (CIL) is the set of rules which, although founded in treaty law, has been established through state practice as custom binding on all states. More information on CIL rules can be found on the database hosted by the International Committee of the Red Cross which has catelogued the rules.

In addition to GLAN and Bellingcat personnel, the following people were and continue to be integral to the project:

The Project 'Arim event would not have been possible without the generosity and collaboration of Armida van Rij and the Policy Institute at King’s College, London.

Human Rights Lawyer Tara Vassefi was co-organizer of the event and contributed to legal input, in particular from the US perspective. Daniel Robinson of Red Lion Chambers provided valuable legal input on evidentiary issues from a criminal standpoint.

Lindsay Freeman, legal researcher and coordinator of the International Protocol on Open-Source Investigations, (University of California, Berkeley), contributed hugely beneficial legal input prior to the event.

Jeff Deutch of Mnemonic (Syrian Archive/Yemeni Archive) arranged the preservation of all of the material discovered by the investigators and assisted with the metadata schema.

Wim Zwijnenburg led an investigations team in his capacity as a Bellingcat Contributor and Humanitarian Disarmament Project Leader for the Dutch peace organisation PAX. 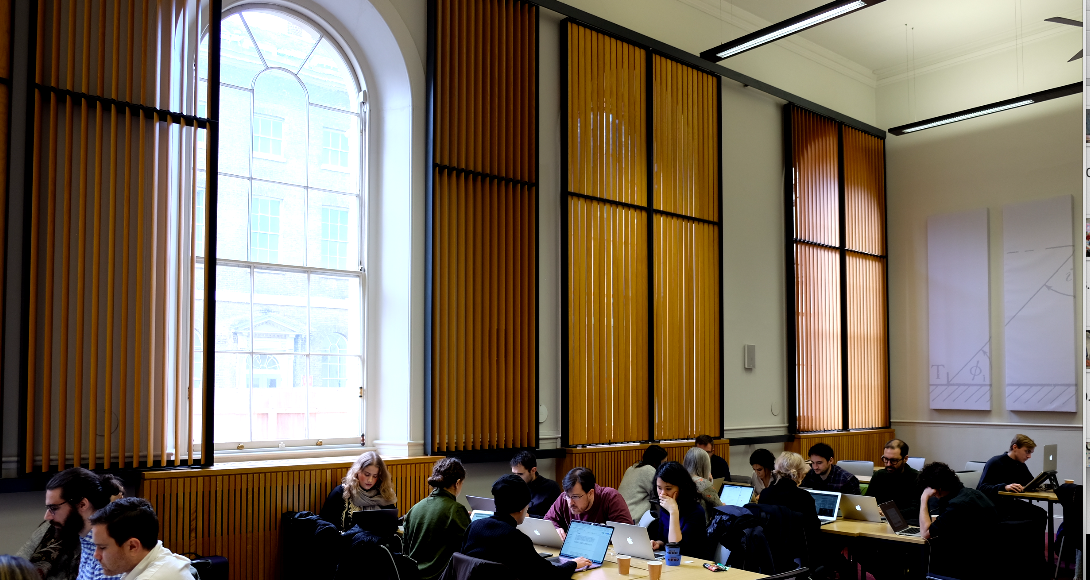 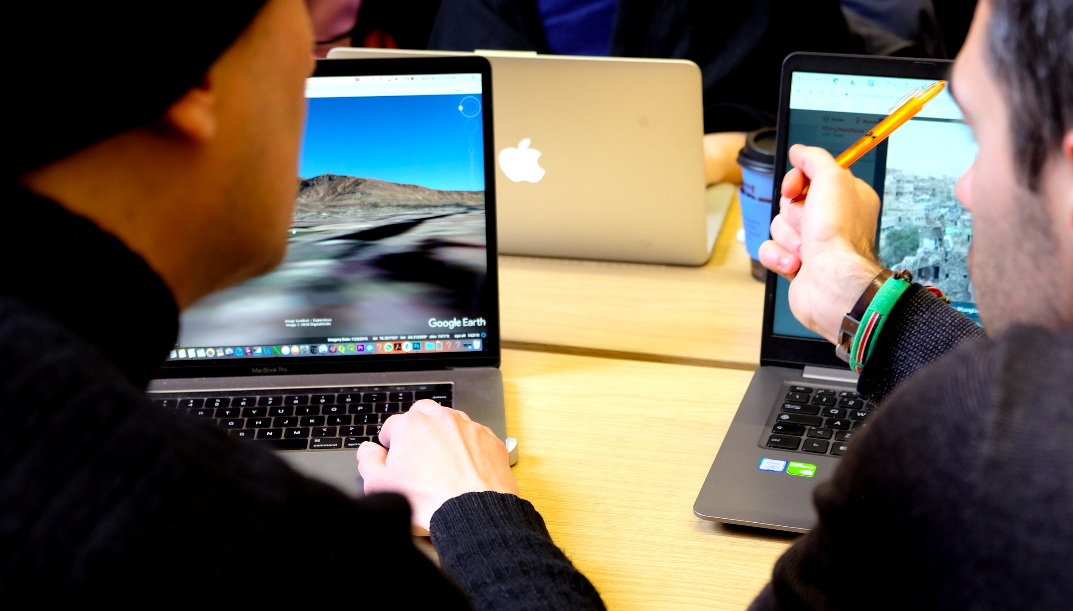 With thanks to the following: